ADDED TO CART
REMOVED FROM CART 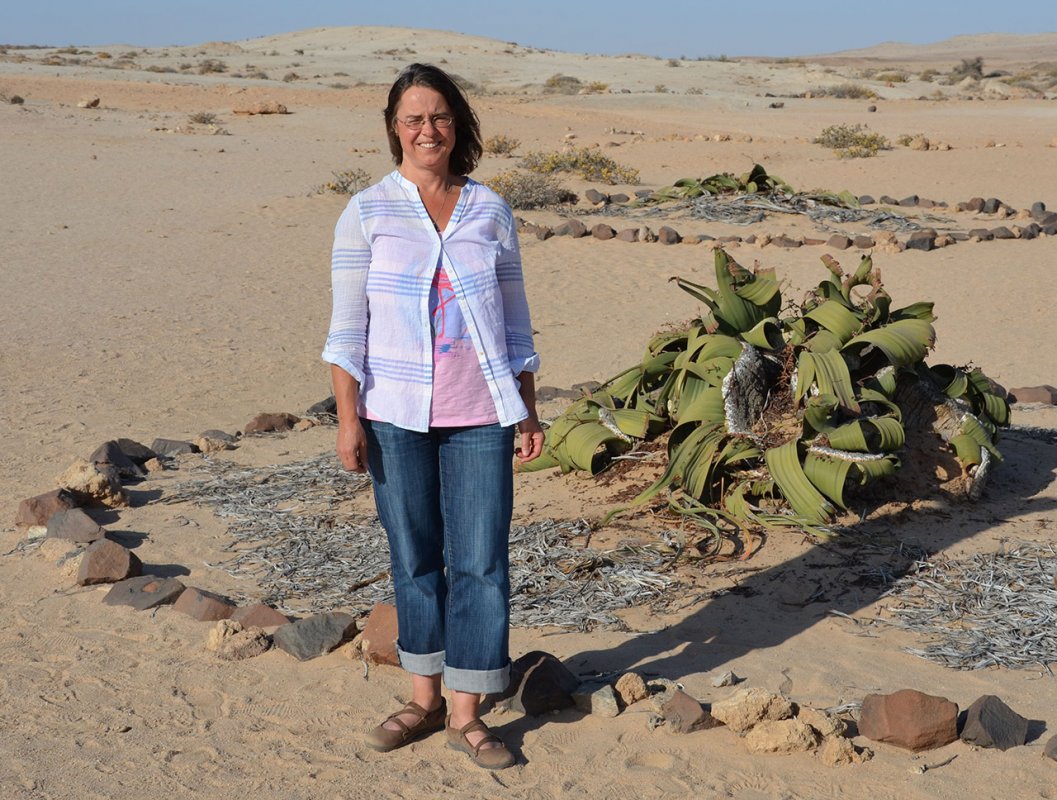 I am Cornelia Voigt. I am a research scientist in the Department of Zoology and Entomology at the University of Pretoria.

I was born in Karl-Marx-Stadt, a town in former East Germany. In 1990 I moved to West Germany and studied Biology. In 2005 I obtained my PhD from the Ludwig Maximilians University in Munich. Since then I worked as a biologist in various institutions in Europe and Africa such as the Max Planck Institute for Ornithology in Germany, the University of Liege in Belgium and the National University of Science and Technology in Bulawayo, Zimbabwe.

My field of research is neuroethology, using mainly birds as model systems to investigate the neural basis of sex differences in behaviour. My recent studies on a mammalian species, the Damaraland mole-rat, led me in 2012 to Black Rock in Northern Cape, South Africa, right next door to the famous N’Chwaning Mine. There I was introduced to the beauty of minerals and since then I have deepened my knowledge in mineralogy and have participated regularly at the mineral show in Munich.