ADDED TO CART
REMOVED FROM CART

Olmiite was found through the years in a large variety of habits and colours. Most specimens displayed here originate from pockets discovered in 2006 and 2007 in the hanging wall of the manganese layer. Among those, the jelly-like specimens come from a completely different area, about 4 km away from the other finds. In 2009, one pocket was found in the foot wall of the manganese layer. This yielded specimens with translucent crystals and good lustre. A few specimens, associated with gemmy calcite, stem from the most recent finds in September 2016. All specimens were photographed using halogen lighting, which is common practice for olmiites. 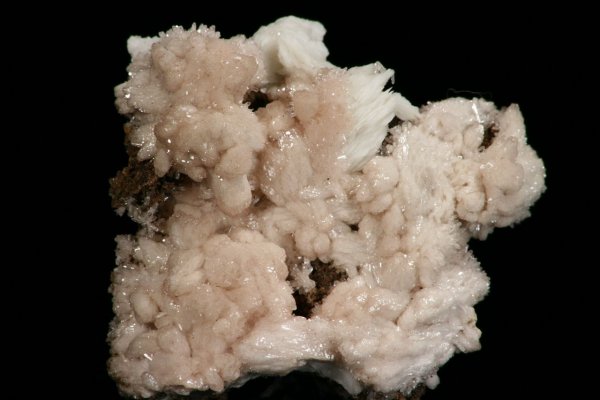